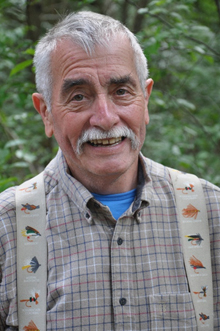 Bil Loth took advantage of a great downturn in the early 60s to get a job with Humble Oil & Refining Company (shortly to become Exxon) who were getting pretty short of engineers. The initial task, conducted in Humble’s Production Headquarters, Esso Production Research Company, and Exxon USA was to develop and install the first multiwell subsea system complete with separation, boosting, and closed loop electrohydraulic control system. Then, seconded to Shell Exploration and Production in the UK, he spent ten years developing subsea systems including the Central Cormorant Underwater Manifold Center and Gannet. When the big downturn in the mid-80s came along, the severance package was irresistible   and he used the proceeds to start a consulting company, WDLCO, designing and prototyping lower cost subsea and wellbore equipment. With the advent of the downturn at the end of the century, the company’s technology was sold to Halliburton. Becoming weary of writing progress, or lack thereof, reports he retired to an academic life at the National University of Singapore and then to Newcastle and Robert Gordons University lecturing on, what he hopes is not legacy technology, subsea engineering.