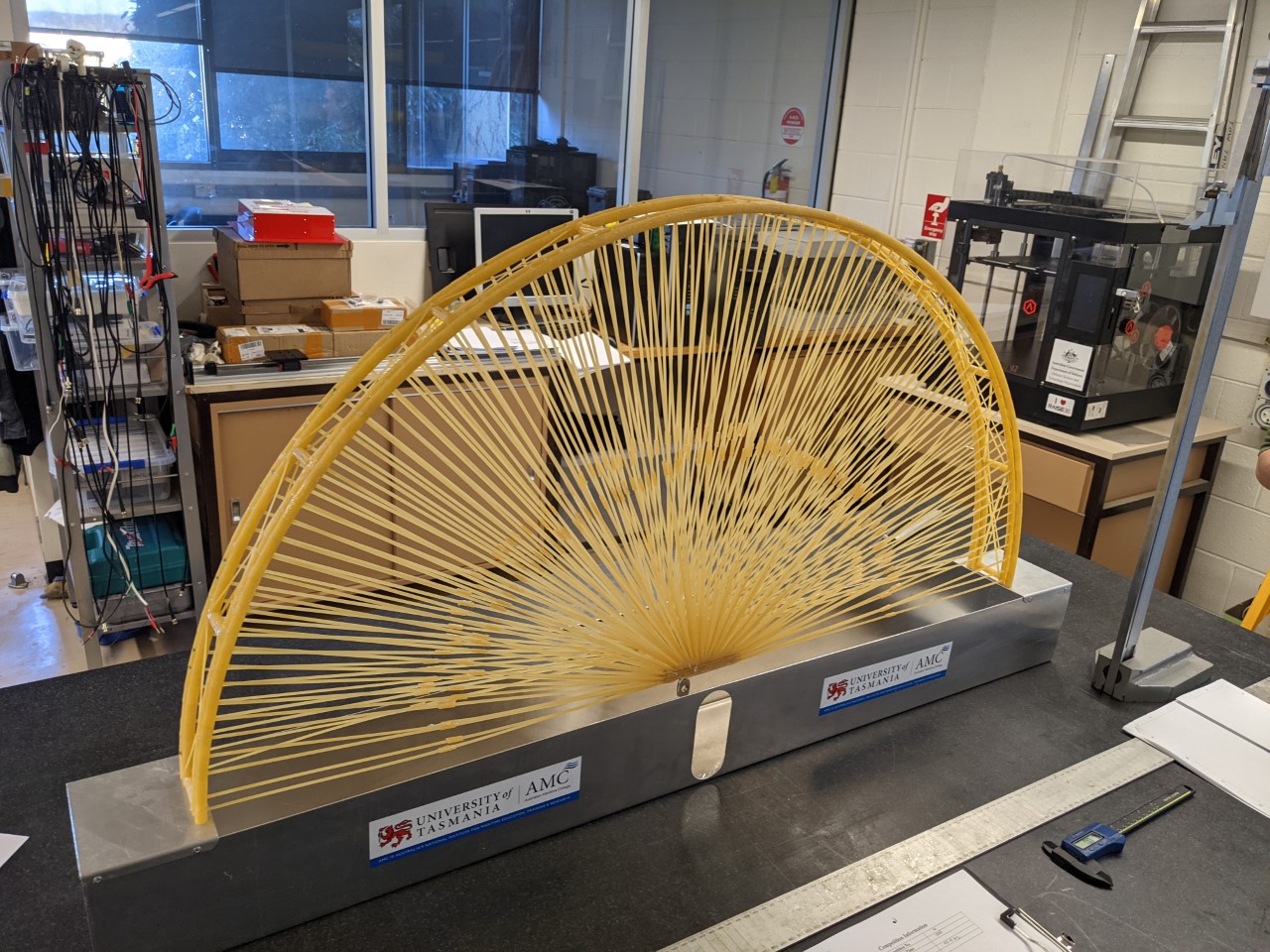 Can you imagine a bridge made only out of pasta and glue holding more than 300kg? AMC’s Maritime Engineering students hold a record of 327kg. This year (2021) you could watch the annual Pasta Bridge Competition virtually as 9 teams competed for the strongest bridge.

The pasta bridge competition is problem based learning activity in Mechanics of Solids, a second year unit offered by AMC’s National Centre for Maritime Engineering and Hydrodynamics. Each team of 4 students spends 2 months use their engineering knowledge and skills to design, build designing and constructing a bridge from pasta to see how much weight it could withstand before ultimately breaking into a thousand pieces.

The bridges are designed and constructed according to an international set of rules developed by the Okanagan College in Canada. The bridges must be exclusively made from pasta and glue, must span over a 1000 mm gap and weigh less than 1000 grams. The bridge which holds the largest weight before failure is declared the winner.

Congratulations to Team Gnocchi Balboa for being crowned 2021 AMC Pasta Bridge Competition Champions with an amazing competition load of 156.55kg at  Australian Maritime College in Tasmania.

The competition was kindly sponsored by Society for Underwater Technology (SUT) Perth Branch.