The Society for Underwater Technology invite you to the October 2022 Evening Technical Meeting:

Underwater Autonomous Technologies and their Application within Defence Industry

The evening will focus on the following three topics:

The project will deliver automation and autonomy to ADF ASW to a level never before attempted anywhere in the world. BlueZone Group completed final trials in September 2022 and is pleased to provide a project update to those following the projects process since our presentation in 2021.

With the conflict in Ukraine and heightened tensions in Asia Pacific, the current threat to global security is more complex and probably higher than at any time in recent history. There is a recognised need for Defence to simplify procurement processes, streamline existing programs, react quicker, and ultimately be more agile. As a result, Defence are turning more and more to tried and tested technology from the commercial sector.

Autonomous Underwater Vehicles (AUV) and sonar are two technologies which have been used extensively in the commercial field, in particular the oil and gas industry, mainly for seabed mapping, debris clearance surveys, monitoring surveys and inspection of infrastructure such as jackets, pipelines and subsea cables. Similar applications are also relevant to Navy.

The presentation will provide an overview of Autonomous Underwater Vehicles (AUV) and sonar technologies and how they can be used in Defence applications such as intelligence, surveillance and reconnaissance (ISR), mine countermeasures, seabed survey and inspection / monitoring of critical infrastructure.

Our regional security situation is evolving rapidly. This has been emphasized in a number of Defence publications and through new and re-invigorated alliances, and has stimulated Major and Minor Defence Projects. Undersea warfare and advanced undersea surveillance systems will be part of the AUKUS pathway moving forward. Uncrewed and autonomous systems will play a crucial role in dramatically increasing Defence’s surveillance mass and in moving risk away from the Warfighter.

Thank you to our sponsors: 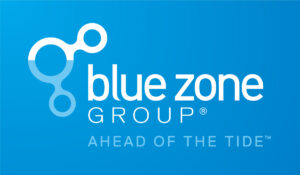