Scottish Government have committed to make hydrogen a key element of Scotland’s decarbonisation plans. The recently published Hydrogen Policy Statement included a target of generating 5 GW of renewable and low carbon hydrogen in Scotland by 2030.

In 2020 Scottish Government, Highlands and Islands Enterprise and Scottish Enterprise, commissioned Arup to carry out a hydrogen assessment which formed a key aspect of the evidence base informing their policies on hydrogen.  The assessment investigated how and where hydrogen may fit within the evolving energy system technically, geographically and economically. A key part of the Hydrogen Assessment was the development of distinct viable scenarios for hydrogen deployment in Scotland and the economic assessment of those scenarios.  This work identified the crucial role for hydrogen in helping Scotland decarbonise, and the need for Scotland to urgently capitalise on the opportunity in front of it.

Clare Lavelle will present on the role of hydrogen in realising a secure, flexible, cost effective and low carbon energy network, which supports a green economic recovery.   She will explain how Arup’s assessment identified the opportunities for Scotland to play a key role in a critical growing global market.

She has extensive experience in the Scottish and UK energy sector and has been central to the development of major energy infrastructure and innovation in the UK and Scotland.  Clare’s current focus is on the transition of energy systems and developing solutions that cut across industries to enable deep decarbonisation of heat, transport and electricity, with a particular focus on hydrogen.

This includes leading the design and development of SGN’s H100 project in Levenmouth Fife. This world first demonstration of hydrogen production and distribution will supply 100% green hydrogen to circa 300 homes for domestic use.  She works closely with government and regulators to shape policy.  Clare led the Scottish Hydrogen Assessment Project – a key part of the evidence

base to inform Scottish Government’s developing hydrogen policy.  She is also currently supporting Crown Estates Scotland on ScotWind leasing round.

Clare has won several awards including the Top 50 women engineers in sustainability, the Karen Burt Memorial Award, and she has an honorary doctorate from the University of Vaasa. 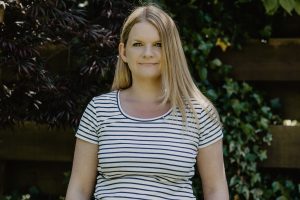