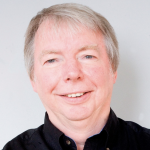 David Brookes has over 45 years Industry Experience with over 30 years in Offshore Oil and Gas. He had a variety of roles in pipelines, chemicals, multiphase flow, and offshore engineering for a major operator and was PM for the challenging Foinaven Development West of Shetland. After leading the company’s Deepwater R&D programme he became the first Chief Engineer for Subsea and Floating Systems in 2006. He was closely involved with the Joint Industry Project on Subsea Well Intervention following GOM oil spill intervention experience. Since retiring in 2015 he has set up his own consultancy – St Jules specializing in the offshore and subsea engineering sector including the rapidly expanding offshore renewable energy sector

He is a Chartered Mechanical Engineer, Fellow of the IMechE and IMarEST, Past President and Honorary Fellow of the Society of Underwater Technology, and is currently the Honorary Secretary. He has several Industry awards inc UK Subsea Engineer of the year in 2009.