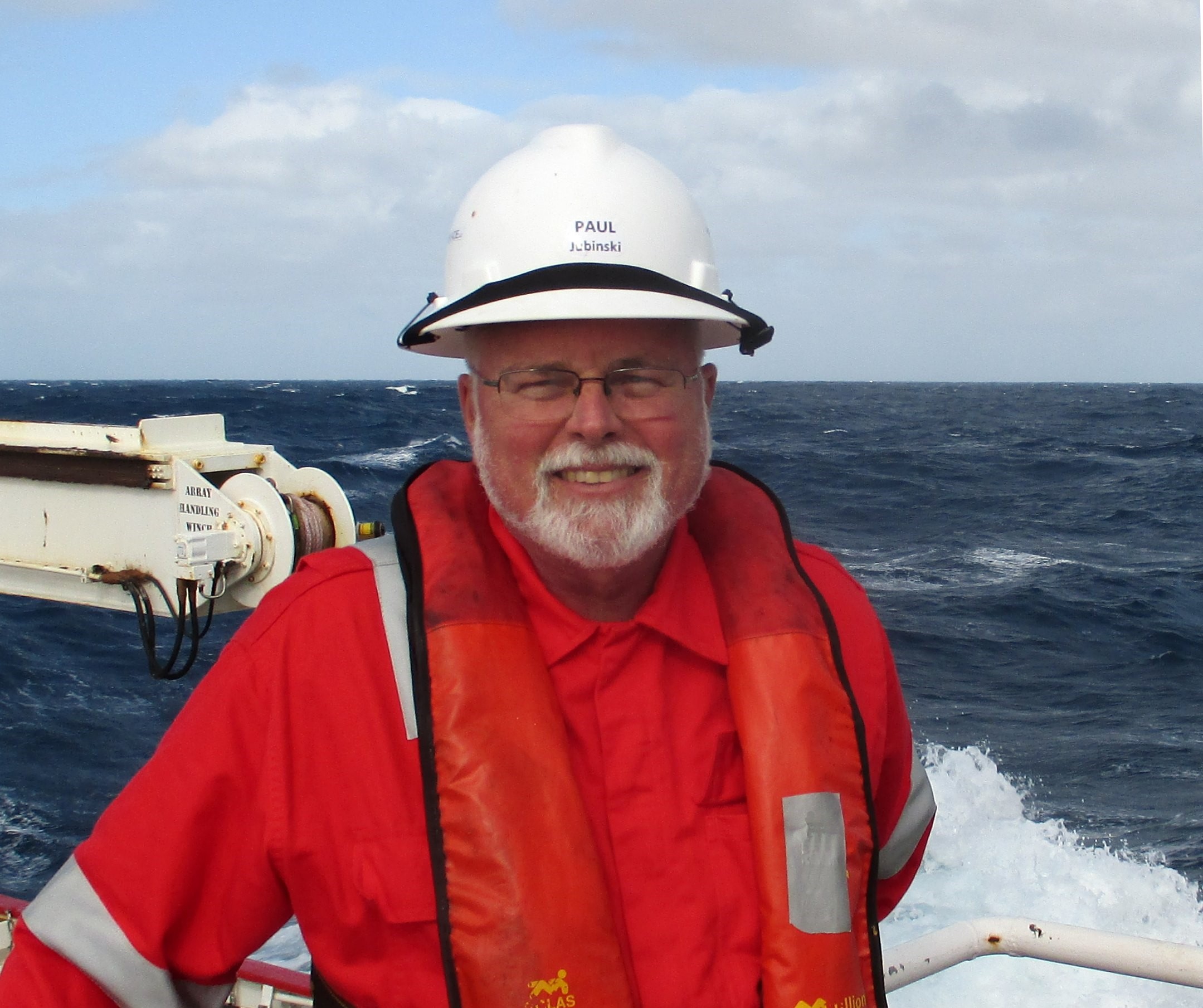 Paul Jubinski earned a Bachelor of Science in Science at Penn State and began graduate studies in Oceanography at the University of Hawaii. He received a Master of Science in Information and Computer Science and served at Hawaii Institute of Geophysics as the head of the new Shipboard Computer Facility. He had extensive time at sea on the Institute’s coastal and deep-ocean research vessels provided invaluable hands-on experience with a wide variety of scientific and shipboard equipment and set the foundation for four decades of work to develop, integrate and operate equipment used in ocean exploration. The next seven years were spent in Texas, first at Western Geophysical Company of America to develop, test and assess new technologies for offshore oil exploration and then at Texas A&M University to develop and build a towed sonar mapping system for deep ocean surveys. He then joined Seafloor Surveys International and Reason where he worked on the development of multibeam sonar systems. Since 2014, Paul has worked for customers on a project basis, consulting under the name of Jubinski TEKADE LLC in Seattle.

Member of the Marine Technology Society

Back to the Register