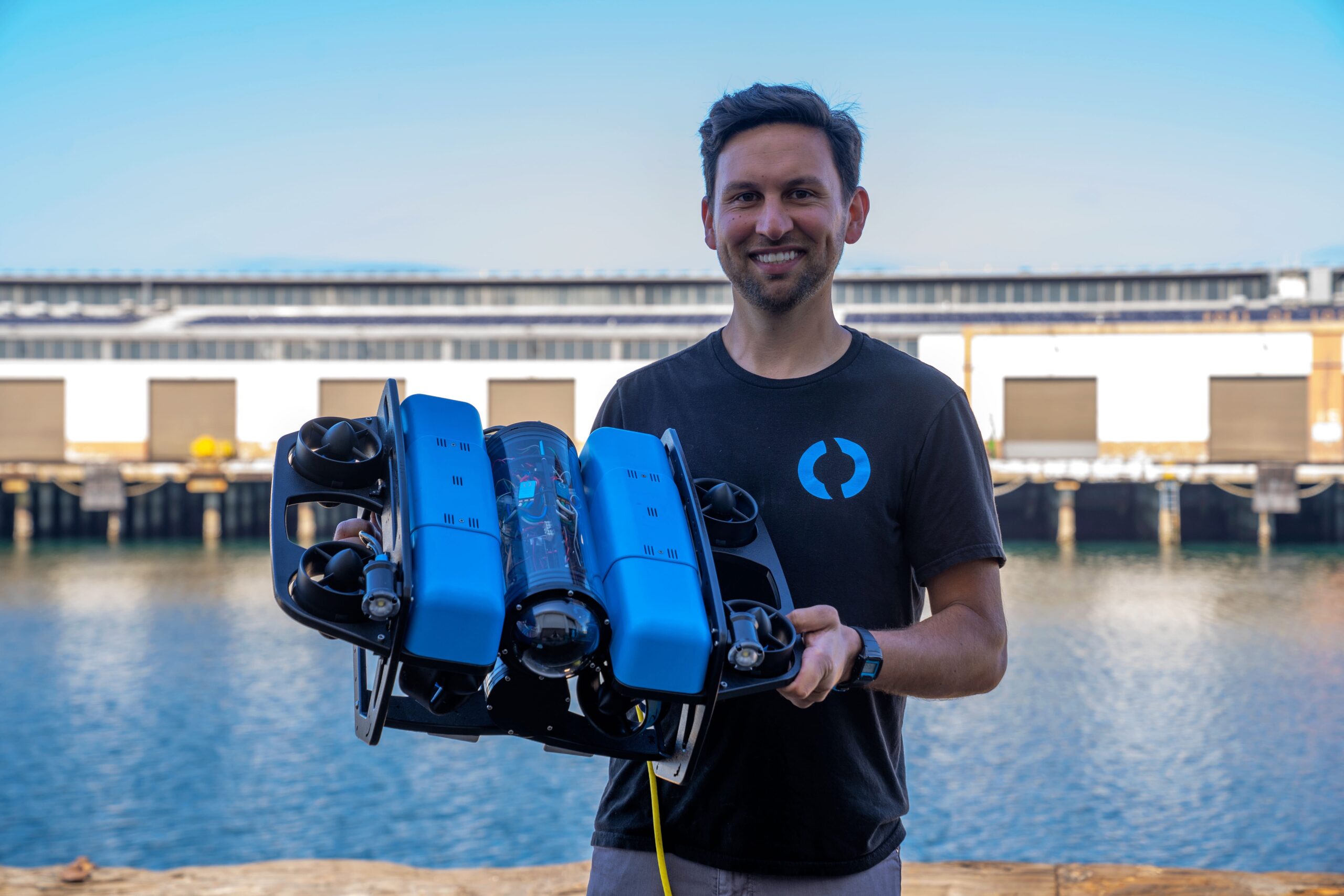 ‘The standard of entries for the SUT’s Gwyn Griffiths Award for Underwater Robotics was extremely competitive this year, and the nominees of high calibre, which challenged the judges to select this year’s winner,’ said Neil Bose, Chair of SUT’s Underwater Robotics Panel, and Vice President (Research), Memorial University, Newfoundland and Labrador’s University. ‘On behalf of the Panel, the judges and SUT we would like recognise the talent, innovation and qualities of all the entrants working in underwater robotics.’

The Panel is delighted to announce the winner of the GGURA, Rustom Jehangir from Blue Robotics Inc in Torrance, California.

On being informed of the Award, Rustom said, “Wow! I’m honoured and humbled to receive this award bearing Gwyn Griffiths’ name, given all that he accomplished and contributed to the field of marine robotics. ‘I consider this award to be an honour for my whole team.”

Getting to know Rustom we asked:

What inspired your interest in subsea engineering?

I went to school for mechanical and aerospace engineering and was initially interested in drone aircraft. I worked in that field for several years at a start-up company developing a large multicopter helicopter for military applications. While doing that, I stumbled into subsea engineering. At the time (around 2013), a friend and I were both looking for a fun robotics project to do on the weekends and decided that we would make a solar-powered robotic surfboard that could cross the ocean. We thought we could achieve that on a small budget and we dreamt of sending it from California to Hawaii, a trip that would take several months at the slow pace we could maintain with solar power.
We started working on this project and we found all of the components that we needed, like the solar panels, GPS, microcontroller, and satellite radio, but struggled to find thruster motors to propel it. We could only find very inexpensive options that wouldn’t survive for long in the ocean, and very expensive options designed for military-grade applications. We scoured the internet for options and couldn’t find anything, but we did find a lot of other people looking for the same thing. Some of them were on robotics teams and some were hobbyists. At that moment we decided to solve that problem and design an affordable, capable thruster for marine robotics that anyone could use. We were successful and launched Blue Robotics through a Kickstarter campaign in 2014!
So, to answer your question, I was initially inspired by our solar surfboard project and then jumped headfirst into subsea engineering by starting a company. At the time I had no experience with subsea engineering and had to learn quickly! Eight years later, we have made over 70,000 thrusters and have a team of 55 people designing and building a wide range of products that enable marine robotics applications. 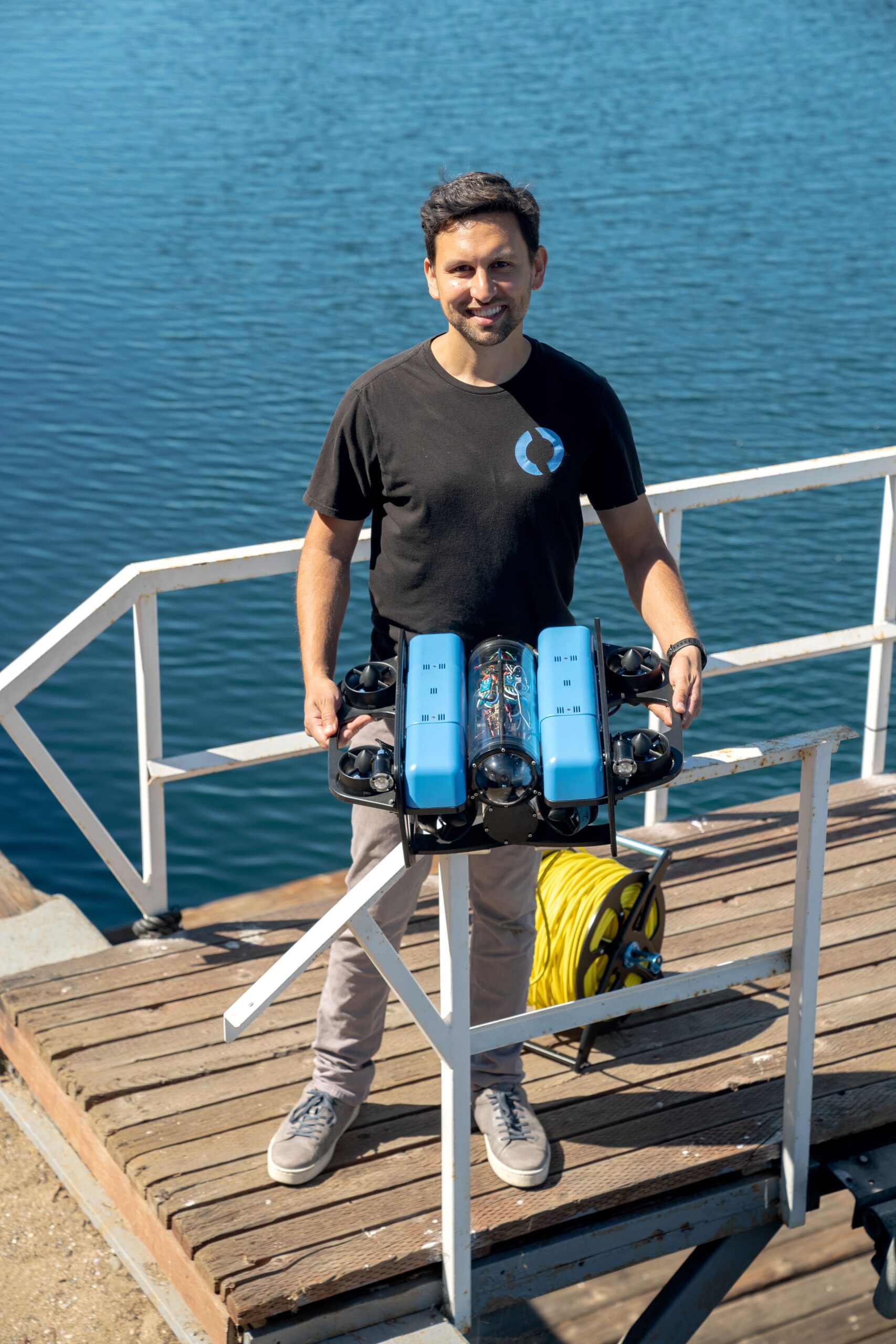 How did you become involved in robotics?

I’ve been interested in robotics since I was young. I watched a recorded documentary about the AUVSI International Aerial Robotics Competition (IARC) many times and dreamed of being a robotics engineer someday. I got actively involved in university when I joined an IARC team. We never actually competed, but it re-sparked my interest and taught me many of the basics.

What advice would you give to someone interested in a career in this field?

Great question! I have a few pieces of advice. (1) Expose yourself to a diversity of experiences and classes to be well-rounded. This is particularly important in robotics because it doesn’t fall into any of the traditional mechanical, electrical, or software paths, but rather into all of them. I took software engineering courses in school and learned electrical engineering on the job and it was critical for my current role. And (2), don’t feel excluded from this industry if you’re not an engineer or scientist – we need people of all different backgrounds and specialties. We have engineers designing our products, but we also have marketing team members, assembly technicians, human resources, graphic design, and many more. All of those skills and expertise are necessary to our business and contribute to our mission. 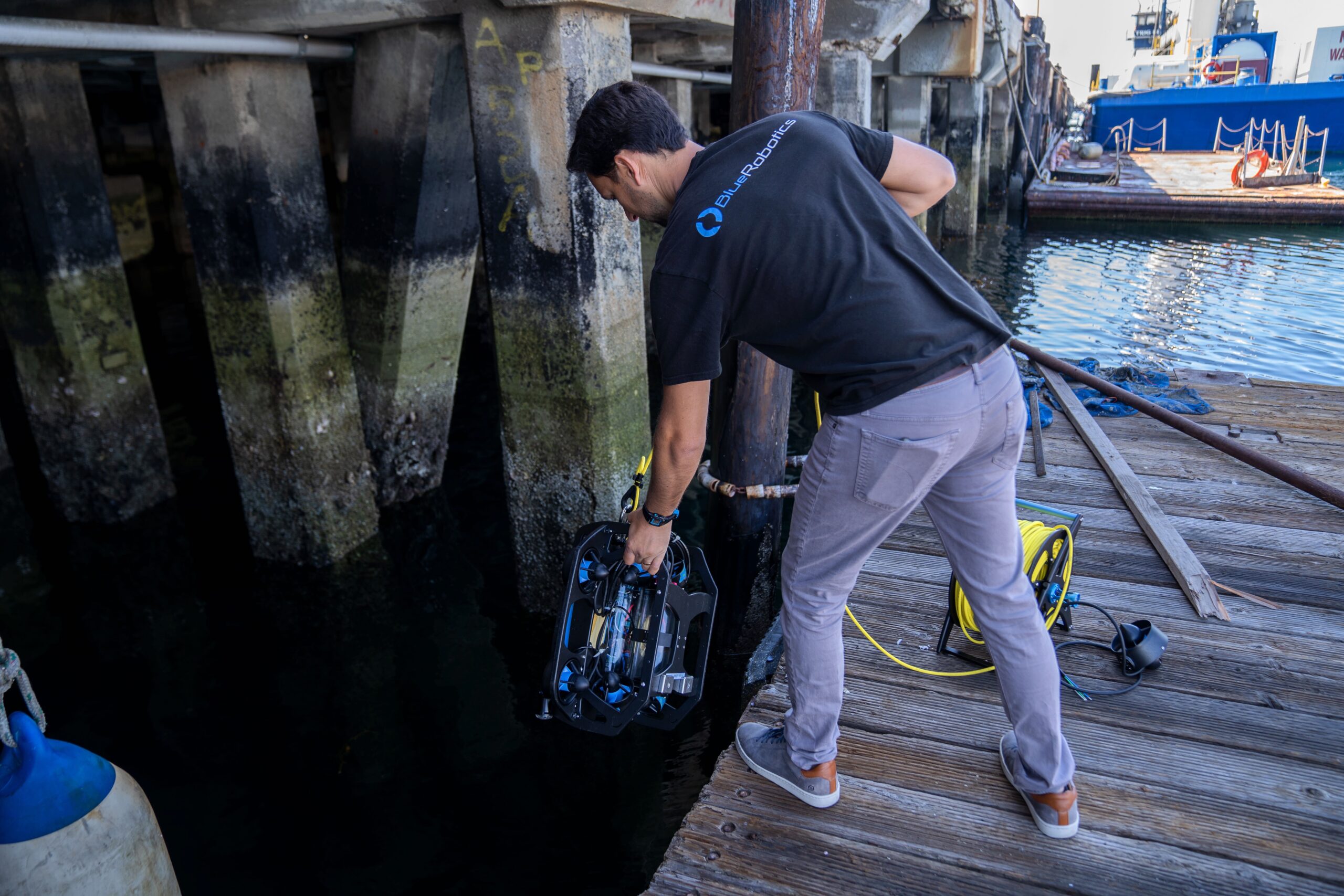 Any advice on innovation and starting your own company?

Yes, my biggest piece of advice on this is to find a “blue ocean market” in which to start your business. Let me explain that. What I often see with people starting companies is that they look at the market and existing successful companies and they try to imitate them or do things a little bit better than them to capture market share. You shouldn’t be looking for who you want to compete with but, rather, you should look for holes in the market where there is a need but no competition at all. This is a “blue ocean market” and it’s much easier to start a company if you can find a space like that to work in. We found this with our original thruster product. There were no similar products at the time but there were many interested customers. We didn’t have to compete with anyone – we just opened up new market possibilities. I encourage you to try to do the same.

What’s next for you and Blue Robotics?

We’re eight years into our journey and I’m having more fun than ever! I truly believe in our core mission of making affordable, capable components and systems to enable people to do more with marine robotics and we’re going to keep doing that. We’ve learned a lot and we can keep doing it better and better. The ocean is a big place and there’s a lot of room to grow and a lot of opportunities.